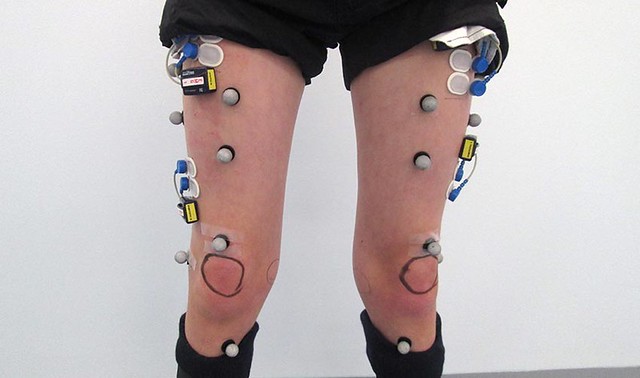 Markers (round balls) create a full image of the bones. A map of the internal bone structure. 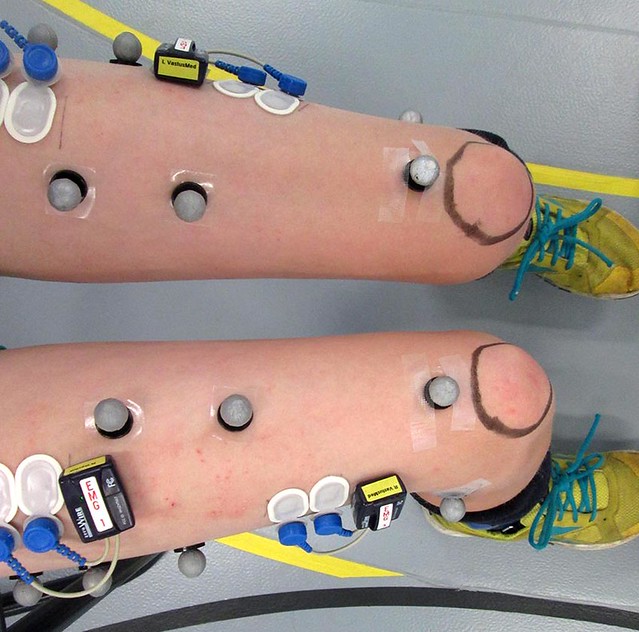 Electrodes (black boxes) record when the muscles are firing, when they are active and not active. 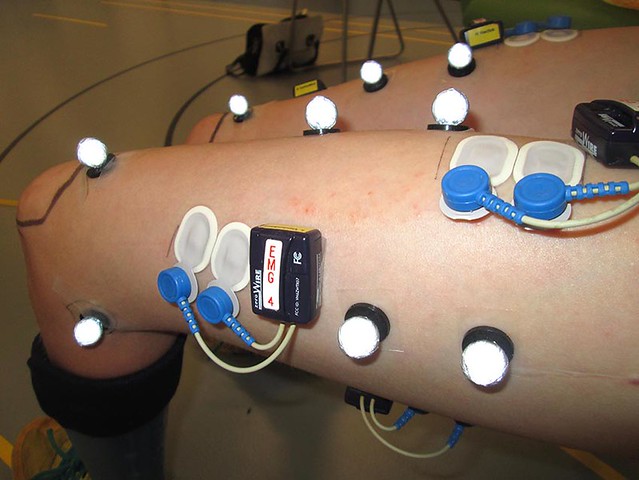 Technology to see inside the body.

This September Murdoch Childrens Research Institute are teaching primary school aged children every step counts. A national Step-a-thon campaign encourages kids to get active and count their steps for a week raising money for child health research. Every step supports Step-a-thon by helping Murdoch Childrens Research Institute researches discover cures and treatments to improve the health of children around the world.

At first glance, Bailey seems like a typical 11-year-old boy. He’s energetic and lively; his love of basketball regularly sees him shooting hoops in the street. But first impressions can be deceiving. Bailey has cerebral palsy, a disorder that affects muscles and bone development and can permanently confine those who have it to a wheelchair or crutches.

Bailey was born eight weeks premature in 2002. From the beginning, there were signs that he had a physical disability, but its severity wasn’t known. When he was diagnosed with cerebral palsy at six months old, his family was thrown into a “black hole of confusion”, recalls his mother, Michelle Jankovic.

Michelle Jankovic: “The diagnosis was a time of so many questions unanswered and the severity of Bailey’s cerebral palsy was unknown. I just wanted to jump ahead a decade to see if everything is going to turn out OK.” Health professionals warned that Bailey would likely need to use a walker or crutches for his entire life, as well as require numerous operations and intensive therapy.

Bailey was referred to the Hugh Williamson Gait Analysis Laboratory at the Royal Children’s Hospital in Melbourne. Thanks to support from the Murdoch Children’s Research Institute, the lab has made significant advances in treating cerebral palsy through surgery. By closely tracking a child’s gait and movement with high-tech equipment, they’re not only figuring out what operations would have the best results but are also better able to predict what kind of recovery and rehabilitation the child will need.

Surgeons as well as children highly benefit from the Gait Analysis Laboratory. “They used to see children and do operations yearly as they saw problems arising,” the lab’s senior research physiotherapist Pam Thomason says. “It lets them look at all the issues with the children’s gait. It also allows them to tailor surgery to individual children being more efficient and dose each surgery for each child.”

In consultation with the lab, Bailey had 16 operations at The Royal Children’s Hospital, at an average of two a year. These included significant bone surgery with insertion of hip plates and ankle bone grafts. His last operation took place when he was nine and involved removing hip plates and creating tendon transfers behind his knees. Bailey also underwent intensive therapies designed to strengthen his core and relax his leg muscles. These involved wearing leg splints and orthotics, having Botox injected into his legs and taking part in a range of physical activities.

Michelle Jankovic: “All this, and a lot of personal determination, means that Bailey can now walk and move without assistance. Bailey would push through the pain. He’s a strong-willed little big man.” The amazing results could never have been predicted by doctors when Bailey was born, but his success provides new insight into treatment options for what was one a life sentence.

Step Out For Charity

Step Out For Charity this September for the Murdoch Children’s Research Institute’s annual Step-a-Thon For Kids raising funding for research into cerebral palsy and other childhood illnesses. During the event, which this year runs from September 2-8, primary school kids across the country count their footsteps for one week, sponsored by family and friends. The first 25,000 kids to register will receive a free slap-on pedometer. For more info, visit www.stepathon.org.au.