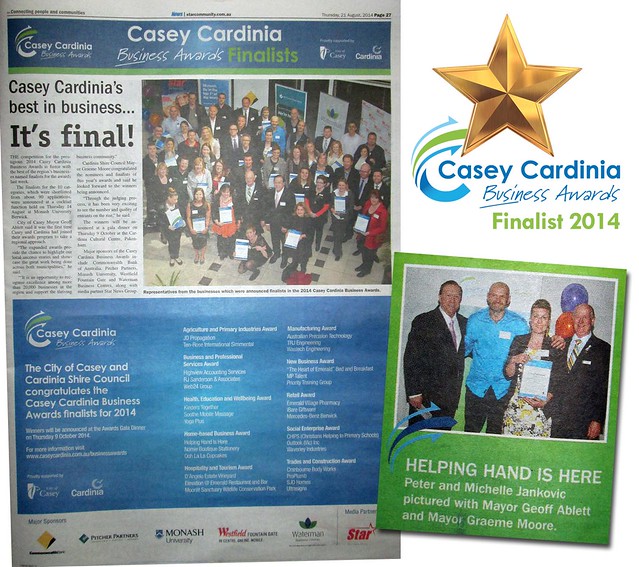 The competition for the prestigious 2014 Casey Cardinia Business Award is fierce with the best of the region’s businesses named finalists for the awards last week.

The finalists for the 10 categories, which were shortlisted from about 90 applications, were announced at a cocktail function held on Thursday 14 August at Monash University Berwick.

City of Casey Mayor Geoff Ablett said it was the first time Casey Cardinia had joined their awards program to take a regional approach. “The expanded awards provide the chance to highlight our local success stories and showcase the great work being done across both municipalities,” he said. “It is an opportunity to recognise excellence among more than 20,000 businesses in the region and support the thriving business community.”

Cardinia Shire Council Mayor Graeme Moore congratulated the nominees and finalists of this year’s awards and said he looked forward to the winners being announced. “Through the judging process, it has been very exciting to see the number and quantity of entrants on the rise,” he said.

The winners will be announced at a gala dinner on Thursday 9 October at the Cardinia Cultural Centre, Pakenham.